The Sheriff owned a Saloon--was part owner of a Saloon! And so you go from there. And the same thing was happening in the 50's, in Portland Confidential, down here on the Italian produce section.


The Gatto's had a club, I think it was called the Merchant Club. And they had a poker game going downstairs with, you know, gamblers teamed up to clean out the farmers when they came in. They had slot machines. And then of course, they had the girls upstairs. And so its the same thing and this was like years later.

If there's a difference here in Portland, its that everyone has pretended that everyone was squeaky clean. In some places they actually take a little bit pride in their colorful history. TK: Uh huh? With very few exceptions here and there. Everyone pretended it was--it was not!


TK: The tape recorder makes a squeaky noise, while rolling. These are good tapes, they're good for about 45 minutes per side. PS: Okay. TK: I learned that the hard way, when I had other one's that were only good for half an hour. Okay, the success of Portland Confidential is well known. How has that book impacted your career as a writer? PS: Well, it's what really got me started. I had done a lot of newspaper work of course and magazine work. That's what--that's what I really did, before I came out here. PS: But I'd been holding off on work, so that's--its what got me started.

And I wish I'd--I certainly wish I'd done it sooner that's all. Would you like some ice? PS: Good idea!


TK: Ice is always nice, in your water. What are some of the pitfalls of being a journalist, particularly for a newspaper like the Oregonian, or the newspaper that the Oregonian has recently transformed into? PS: Well TK: I hope that doesn't sound too negative, because I've seen some articles recently, that I wouldn't have expected! PS: No, no, this applies to just about any newspaper. The biggest pitfall, I think, is that any way you slice it, unless its an extremely small newspaper or a very unusual newspaper for some other reason, its owned by someone who has--or a company, or a corporation that has a lot of money and they have certain interests.

If nothing else an interest in staying afloat and making money. So, they have an interest in their advertisers. They can't do anything that would really offend too many of them, too often. 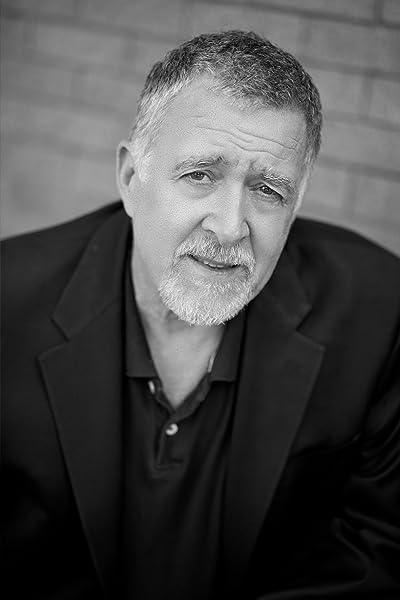 And beyond that, they--they have a real stake in the status quo. PS: You know what I mean? In preserving conventional wisdom and so on. That's basically what Noam Chomsky says anyway TK: He's a brilliant man. PS: Yeah They don't even ask the questions that normal citizens would ask anymore. It takes someone who's pretty dogged and maybe even a little bit ornery to maintain a separate position. Its too easy to go along.

And what usually happens is that Sometimes it does but half the time, when that's said--its an excuse. So, my thing in journalism was always to try to sneak through the cracks and I was pretty successful some of the time.

But it is quite shocking to realize just how unquestioningly most people in the media accept conventional wisdom. That's what has to be--that's the one thing that should be questioned most. That makes sense. I do remember when you were writing a lot about Frank Gable, there were a couple of people I talked to, especially when you first started writing about him, who said, "Oh he's guilty, he did it" and so there was a lot of And then years later, there's all this corroborating testimony that really supports the fact that he didn't do it. He was the governor and he could do no wrong and so, naturally my editors--some of the editors were very honorable and they let me do it, even though they didn't believe it.

I don't think any of them really believed I was right. There were some, the late Bob Caldwell, for example, who fought very hard against me and did what he could to undermine me. PS: Turns out, he was a good friend of Goldschmidt and he was the one who arranged the so called 'Confession' after Willamette Week came out with the story about the TK: Yeah, I remember that. PS: So, God bless his soul, but facts are facts and that's what happened. Its been a few years since I've been here.

Every time I come here I'm always like, "Yes, they have good food! I even heard from someone I talked to who told me it was going to be titled "Portland City Vice" or something?

PS: Yeah, it was. TK: But this book is not going to Why did you alter your plans and decide to turn the book into a fictional graphic novel instead? Was it going to be called "Portland City Vice?

Rose city Vice! PS: And I may still do that but This one didn't have too many major events. The 70's was characterized mostly by the cover ups. PS: And it is certainly my conclusion after studying this for some time, I've been working on this for years--for several years, since I've finished--since Portland Confidential has been out.

Not only was the vice squad very dirty TK: Yes. PS: I mean to the point that they were a drug gang! They had their snitches selling for them! PS: But that when they could no longer avoid it, when the DA's office could no longer avoid this, they did their best to cover it up! Now, what this means though for a writer is that none of this has been adjudicated. I mean with "Portland Confidential" you had the Oregonian reporting--you had the senate investigation--you had a state police investigation.

PS: And a tremendous amount of records! I think it was more than just a drug gang, using snitches--as police officers using their snitches to sell drugs. I think there were probably--they probably did what drug gangs usually did and there were a couple of murders along the way too. I can't accuse someone of murder, without having the proof! So, I've fictionalized it for now.

And the heroine of the whole story is a top call girl madam from town and--and its a love story involving her. PS: Oh yeah! TK: Because what you're going on is pretty much, like heresay, right? PS: Yeah.