Collecting chapters through of the award-winning web serial, this second omnibus of Daron's Guitar Chronicles follows Daron and the band Moondog Three all over North America as they take part in a major arena tour.

It's summer and Daron and Ziggy have settled into a precarious working balance; Ziggy has agreed not to push things, to give Daron some space. Plenty of creative energy is still flowing back and forth between them, though, and really, how much space is there to spare with everyone in the same tour bus for two months? Plus trouble awaits on the road: clashes with opening bands, encounters with odd strangers, the dangers of excess, a reunion with an old family member A lot can happen in two months.

This omnibus paperback includes several bonus features, including three pages of never-before-seen "clippings" of band press and two graphical timelines matching the events before and during DGC with historical events and significant moments in pop culture, gay rights, and American history. Praise from readers: "Daron's story is a visceral, modern, immediate sort of experience.

I feel like I can begin to read his thoughts like a friend that I've known years. I can feel Ziggy applying my eyeliner as I experience Daron's prepping for a concert. But there's more than that, and while I can't wait to see what happens next in this insane, wonderful romance I also started looking into picking up my bass and starting to play some music again.

Rating details. Book ratings by Goodreads. Goodreads is the world's largest site for readers with over 50 million reviews. So if Daron is you, who is Ziggy and Bart and the other people? Do they have real life counterparts? CT: A reader in one of the really early online chats we did asked me if Daron and Ziggy were like two halves of my soul and the idea made a lightbulb go on in my head.

That was way too deep, I know…. As for Bart and the rest, they all just sprang out of my head more or less fully formed. LL: Actually, that makes complete sense to me. With the charisma and the head games and everything. Can you say? People keep telling me it would be better marketing if I ended each book on a big cliffhanger. Like songs on an album, maybe. LL: I get the feeling that in book 8 what happens with Daron and Ziggy is mainly movement underground, like groundwork is laid for future emotional eruptions, but on the surface not much happens.

Daron comes right out and says it: the gig with Nomad is the musical equivalent of his relationship with Jonathan. When his heart is really wanting to be elsewhere? LL: And just like with Jonathan see book 6 , he kind of knew that going in and does it anyway. CT: Yeah. But the lessons are important.


LL: Is it frustrating that those regular kind of books are commercially more successful? Do you write the one to play with the other, or is it not that simple? My commercial romances from the big publishers are like the Wolfgang Puck restaurants in airports, while Daron is like the boutique restaurant that only seats a few people in the back of my house.

CT: I have not made it to GRL yet, but you have to sign up, like, on the day it opens or bam, you miss it! There is so much going on in romance, though, I could be at a new con every week, practically. And then I would never get any writing done, sigh.

I hope to get to GRL one of these years, though. Time wise, book wise, any idea? I joked to someone recently that I was going to stop when it hit the length of Harry Potter which is just over a million words.

I should do the math…. Enter your email address to subscribe to this blog and receive notifications of new posts by email. 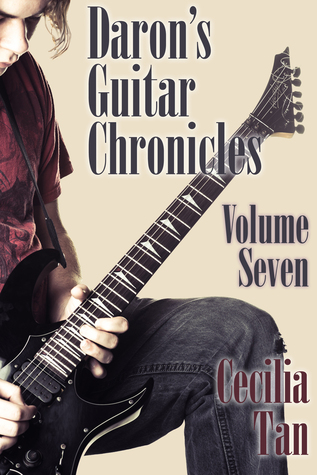